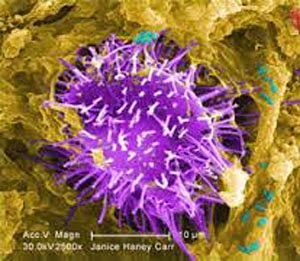 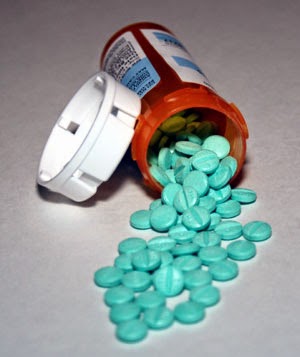 Do Medications Actually Slow the Progress of COPD?

This all seemed very logical, especially since the medical industry had given me their opinion through 2 of their well-trained doctors which was, “we don’t know what causes COPD to progress. It’s a mystery.” They would then follow up with, “We do know these medications and treatments will slow the progress of COPD.”

This I seriously doubted since it was the pharmaceutical companies who had spent hundreds of millions of dollars developing these COPD medications who were then given the task of testing them to show they worked. Does this seem a little fishy to you because it sure does to me? Isn’t that like the fox watching the hen house?

Where are All the Alternative Treatments for COPD?

I had been researching COPD and emphysema since my mother’s diagnosis. There was very little in the way of alternative treatments for COPD or emphysema. Once I realized that this disease progression was quite possibly the result of some unknown pathogen proliferating in the lungs, I began looking in other areas of alternative treatments. I was looking for research done on other diseases that I thought I might be able to apply to my mother’s emphysema and COPD.

I eventually found Dr. Kenneth Hunter, a Microbiologist and Cancer Researcher at the University of Nevada School of Medicine in Reno. Dr. Hunter was treating cancer by first putting patients on a very restrictive diet.

This diet was not calorie-restrictive but “content” restrictive. By that I mean, Dr. Hunter eliminated all sugar from the diet including fruit, honey, molases and anything else with a sweet flavor. He also eliminated all grains from the diet like bread, cereal and pasta since they are converted to sugar quickly in the body. Even whole grain bread was eliminated because of its high glycemic load. For a quick understanding of glycemic load take a look at the article below from the Harvard School of Public Health.

Carbohydrates and the Glycemic Load

This left only meats, fish and vegetables. Dr. Hunter stated that cancer was a pathogen and that this pathogens’ food supply was sugar. He said that each cancer cell had more than 90 receptors for sugar. The diet he developed, essentially starved these cancer cells.

I started thinking, if cancer is a pathogen and this diet starves it, and since I was starting to believe the disease progression of COPD might be the result of a pathogen, then this diet should also starve this pathogen growing in my mother’s lungs. Well, it made sense logically but I was skeptical since in my desperate situation, I thought maybe I was filling in too many blanks with nothing but circumstantial evidence in an effort to support this pathogen theory.

Realizing that “the proof is in the pudding,”I immediately started my mother and I on Dr. Hunter’s diet hoping for some positive results! I figured we had nothing to lose. My mother was going to die unless I did something other than depend on these drugs and nebulizer treatments. 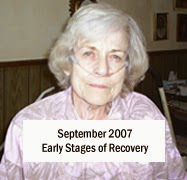 It took about 10 days before we had transitioned completely to Dr. Hunter’s diet. The amazing thing for me was two weeks later when I noticed my mother’s first improvement since her diagnosis! It was a subtle improvement but it was a giant milestone in my eyes!

My mother would always get up in the morning after she smelled the coffee I was brewing. By the time she walked out of her bedroom, across the dining room and into the kitchen she would be gasping for air while on 4 liters of supplemental oxygen.

This day she was in no distress when she arrived in the kitchen. I was so thrilled when I saw these improvements, I can’t even describe the feeling but I was energized realizing there was a strong possibility that my mother’s COPD progression was, in fact, the result of a pathogen that had entered her lungs through cigarette smoking. Maybe the progression of COPD was not this big mystery the doctors thought it was after all.

No wonder the doctors’ prescription drugs and treatments did not stop the disease progression. They didn’t know what was causing this disease progression and it didn’t seem like they had spent much time trying to figure out this big mystery either. Now with a little bit of thought and logic and a change to a restrictive diet, my mother was showing her first signs of improvement since her diagnosis two and a half years earlier! 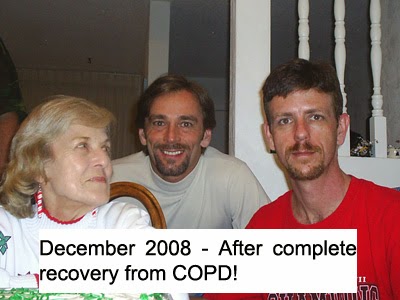 From then on I noticed small incremental improvements in my mother’s condition every week! During this period I added a number of supplements each with its own function in the healing process.

High quality supplements restored the immune system, amplified the immune response, stripped away the protective protein covering present on every pathogen, alkalized the body, reduced inflammation (one of the two primary symptoms of emphysema), and one of a cycled set of 4 anti-pathogenic supplements designed to systematically kill the weakened pathogen.

There were other supplements with less definitive purposes like CoQ10 but all were included for their specific healing effects.

An example of one of the supplements I used in reversing my mother’s emphysema was beta glucan which amplifies the immune response. Here is a good article regarding the effects of beta glucan on chronic disease.

"Why Supplementing With Beta Glucans May Help You Beat Lyme Disease, Other Chronic Illnesses & Even Cancer"

Seventeen months after starting the restrictive diet she had completely recovered! She no longer needed any supplemental oxygen, she had re-gained the 26 pounds she had lost since her diagnosis, she ate full meals and slept through the night!

Once again, she seemed like the mom we had lost 15 years earlier when she began taking statin drugs for cholesterol and other drugs for dementia and osteoporosis. She was now off of almost all of her medications only leaving Keppra for seizures and a heart medication which I knew we would have her off of soon.

I did not take her off of her medications. I put her on the restrictive diet I borrowed from Dr. Hunter and verified through Dr. Fuhrman and Dr. Pescatore, and gave her specific nutritional supplements which started her return to optimal health.

One by one I added a list of supplements each with their own specific function in either killing this pathogen that I was still not sure even existed, or returning her body to optimal health.

Read the first part of this article by clicking the link below.

Or read the continuation of this article by clicking the link below:


Details of the diet I used to begin reversing my mother's emphysema are available in the book, "The New Menu That Began My Mother's Recovery from COPD & Emphysema." 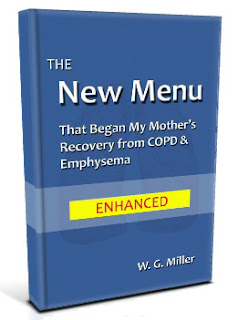 The entire story, including the diet and all the details regarding the supplements I used, are contained in the book, "How I Reversed My Mom's Emphysema."


"How I Reversed My Mom's Emphysema" 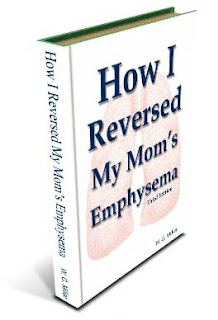 For a complete understanding of these treatments, visit our latest video on YouTube,